I’ve said it before, and I’ll say it again: Yoga changed my life. Because of that passion, I want to share it with as many people as I can—especially those who are already curious to take a class.

A lot of times, though, this willingness to try is overshadowed by preconceived notions. Some people think that they have to be a certain way to do yoga, and so they simply decide that it’s not for them. The sad part is, they make up their minds before attending a class.

Well, it’s time for a reality check! Below, I list down some of the most common yoga misconceptions and the truth behind this beautiful practice. Maybe you’ve had a couple of them cross your mind:

This notion about flexibility is probably one of the biggest yoga misconceptions in the list. Yoga has become so mainstream that a lot of what beginners know about it is what they see on Instagram: pretzel-looking poses, inversions, arm balances, the works. But before those social media influencers achieved that kind of flexibility, they did their homework and went to yoga classes.

Most children are flexible. But as we grow up, our bodies lose some of that flexibility. Unless you’re a gymnast or naturally limber, one of the ways to achieve flexibility as an adult is through yoga.

I couldn’t reach my toes in a seated forward fold (paschimottanasana) during my first few months of doing yoga. But every time I showed up on my mat, there was progress. I wouldn’t say I’m as flexible as a gymnast, but I do know that I’ve improved since the first time I stepped foot on my mat. And you can, too!

You would be surprised to walk in a yoga studio and see people in their 50s, 60s, or older doing a headstand comfortably. I’ve seen it myself! Don’t let your notion of age hold you back. Yoga is for all ages—even kids. You’re never “too anything” for yoga!

It’s easy to feel intimidated by the poses we see online, but the truth is, yoga is for everybody and every body. Whether you’re deemed too thin or too fat by society, you have an injury or disability, you’re pregnant or just gave birth, or you don’t feel fit enough, there is a type of yoga suitable for you.

There will be variations and modifications given during a class to help you feel comfortable with a pose, and these options will provide you with the same benefits as all the other ones cued. Try to let go of that notion that you’re cheating or not doing the pose if you’re doing the modified version.

Once you’ve developed strength, don’t be shy to modify in the future, too. You might be already at that point in your practice where handstands are easy, but there can be days when your body just won’t feel as strong. That’s alright. Yoga is supposed to feel good—not forced or painful. Something to keep in mind: If you can’t catch your breath, you’re probably doing too much. So, push back. It’s not a competition, and there are no rules. Trust me on that.

Admittedly, the girl:boy ratio in a yoga class isn’t equal. I often wonder why, as the majority of the yoga gurus who introduced the practice to other parts of the globe are male. Yep, you read that right.

Western culture has largely influenced the way yoga is marketed, but that’s all it is: marketing. No rule says yoga is for women only. I frequently have male classmates during a session, and half of my teachers in my yoga teacher training were male.

Men can do yoga! And nope, it’s not easy. I invite you to try a class to see for yourself. 🙂

5. Yoga will go against my religious beliefs.

Because yoga is also a spiritual practice for others, some people think that it’s a religion in itself. The best way I can put it is yoga is a philosophy and lifestyle. It doesn’t worship any god or have “followers.” Yogic philosophy, like the eight limbs of yoga, merely suggests a yogic way of living that can help you be the best version of yourself and connect with your Higher Being—whoever that may be for you. So if you let it, it can complement your religious beliefs.

Not all classes have spiritual themes, too. So if you’re not religious, or you’re not comfortable with chanting, mantras, or all of that stuff, you can find a studio that focuses on the physical side of yoga. Believe in what you want to believe in—yoga respects that.

There are many different styles of yoga, ranging from relaxing to hardcore. While there is a class for stretching and meditation, that’s just one of many. (BTW, don’t knock those types of classes before you try it. They work well for releasing tension and balancing our crazy fast lifestyles.)

If you know someone who practices Ashtanga Vinyasa, Bikram, or Jivamukti, trust them when they say yoga is not just about stretching and meditation. You can get a good sweat (and burn) from these classes too!

7. It’s just like any other physical activity out there.

The foundation of yoga is the awareness of the breath. This mindfulness is what separates it from other exercises. By focusing on the breath, your heart rate slows down, you become more in tune with your body, and you get to manage your energy while doing the poses. With regular practice, you’ll be able to pick up all sorts of signals from your body, like when it’s time to push back or when you can challenge yourself a bit further.

You’ll slowly start to realize that you can apply these things off the mat, too. When life gets too much, you can pause and focus on your inhales and exhales. Even in just a couple of minutes, you can center yourself before you dive back into your day with a much calmer disposition.

The yoga that most people know is just one small part of it, known as the asanas. Asana is a Sanskrit term that means seat, but most yogis know it as the postures. Almost every pose, if not all, ends with the -asana suffix.

In yogic philosophy, the asanas strengthen and prepare our bodies to sit for a long time during meditation, a higher yogic practice.

There’s so much more to yoga than just the poses. If this piqued your interest, read about Patanjali’s Eight Limbs of Yoga or the history of yoga. Yoga philosophy is just as fascinating as the poses. It’s where the spiritual side of the practice stems from.

9. Yoga is all about those flashy poses on Instagram.

This last item on the list probably ties everything in this post together. All the yogis who post on social media are entitled to what they upload online, but please remember that this is only a small portion of the yogis in the entire world.

Regardless of what your stand is about posting yoga pictures on social media, it may help to think of them as photos that celebrate what the body can do. With determination, goal-setting, and self-care, you can get there too.

I know it can be intimidating—but try to let go of the fear. It’s a huge step for any beginner to get on their mat for the first time. You’re not alone! In most classes, you’ll see practitioners and newbies just like you.

If you gained some peace of mind after reading this, then I’m glad! But hey, there’s no rush—take a class when you’re ready. Yoga will always be here for you, so there’s no need to pressure yourself into taking the next class right away. But if this post inspired you to go for it, then by all means do! I hope you find your way to your mat. 🙂 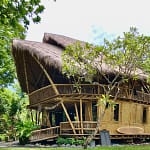 Power of Now Oasis 200H YTT in Bali: A Review 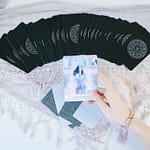 I Took an Online Yoga Teacher Training. Here’s What I Think.

Writing Meditation: 4 Benefits and 3 Ways to Do It