You might be familiar with HBO’s American thriller television series, Westworld. It premiered last October 2016 and gained popularity pretty quickly. A lot of my friends recommended it to me, knowing I’d love it. I didn’t get to watch it until the end of that year.

True enough, I got hooked—as a show, I loved how interconnected the storylines of the characters were and how those links created a bigger picture. I also really admired Dr. Ford. (Anthony Hopkins is amazing!)

Besides the genius presentation of all the storylines on the show, there was one scene in particular that struck me the most. I began noticing parallelism and took to heart a lot of Ford’s lines. From when he said that the mistake was the original tool that allowed humans to evolve to discussing the reality of “consciousness” altogether, he always hit the nail on the head.

Humans fancy that there’s something special about the way we perceive the world, and yet we live in loops, as tight and as closed as the hosts do, seldom questioning our choices, content, for the most part, to be told what to do next.

Ford frequently mentioned “playing god” and how he created his own world through the theme park. “The hosts are the ones who are free. Free here under my control,” he said in a conversation with Theresa Cullen. But towards the finale, he revealed a deeper meaning in his words and proceeded to say that the higher force isn’t above us but within our minds. The power of making a choice.

While watching the show, it made me think of what humanity’s difference is from the hosts. Don’t we also have a spiritual notion we look up to? Choices in our lives that we make, but at the same time believe it was “meant” for us as if we are guided by a bigger force? Don’t we question the nature of our reality, too? Where do we go after our life here on earth, is there really an afterlife, is reincarnation true, so on and so forth. And the most common: What is life, all of this, for?

So many questions. In a way, we can all relate to Dolores Abernathy, the oldest host in the park. After a certain amount of time doing things over and over again to no end, we just start to wonder if there’s more. We want to feel like Life is calling out to us, that we’re made for something bigger. It’s a feeling not just the hosts yearn for, but me as well. It may be running around in your heads too.

So here’s where I personally enter. A few years ago, I started setting mini year-long goals for myself—stuff I wanted to start doing, little by little. 2014 was something as simple as changing my look (I straightened my hair for the first time), 2015 was trying an artistic hobby (calligraphy and the unexpected birth of The Letter Belle), and 2016 was prioritizing fitness (yoga and my overall well-being). Looking back, my goals got a tiny bit bigger year after year. 2017 is no different. For this year, I want to expand my horizons and break out of my loop.

I don’t mean breaking rules, but breaking out of my comfort zone. The first thing that came to mind is really to travel and do the things that scare me. The world is so big; I want to see what’s out there. Maybe even traveling on my own. It doesn’t have to be out of the country!

I’ve always been fascinated with people who travel, and it’s not because of their capability to do so, but because of their unique perspectives in life. In my opinion, they’ve unlocked a lot of life’s secrets and are enjoying life a bit cooler now whether they know it or not. No, they don’t have perfect lives, but it’s filled with experiences, memories, and stories. That sounds right up my alley.

Maybe breaking out of your loop is something that you want to do too, but traveling isn’t necessarily your way to do it. That’s okay. As cliché as this sounds, you really should do whatever your gut feeling is telling you to do. Echoing Dolores, I feel like the world is calling out to me.

Westworld reinforced the idea that life is too short to get stuck doing something boring. If you have the choice to do something bold, always go for it. Trying is always better than doing nothing. 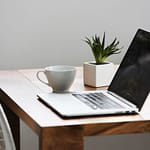 3 Simple Ways to Restart a Blog 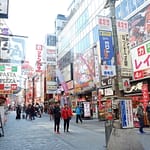