What is The Letter Belle?

“Artistic” and “creative” are words I never thought I would use to describe myself. I thought I was more into numbers and facts and more straightforward than imaginative. I found that to be untrue when I started studying Communication Arts in college and got into calligraphy and a bit of watercolor later on. I had doubts in the beginning, but when I began to enjoy, the passion started to kick in. Here’s a quick story of how I started my calligraphy journey, The Letter Belle.

Calligraphy gained popularity in the Philippines in 2014, and it has been on my radar ever since. I was so excited when I received my first calligraphy set from my college best friend in December 2014. My journey officially started in January 2015 with my purchasing (ahem, hoarding) tons of art materials, and although sometimes I wish I started sooner, I’m happy with my progress.

For a few months, I called myself “The Letter Bird.” I decided to change my name because I didn’t expect my work to get recognition on Instagram. There’s already another person going by “The Letter Bird” who sells art stationery on the other side of the globe, and I didn’t want to be confused with her. She was first to use the online alias too, so I adjusted.

I chose Belle to replace Bird because other than the lovely ring to the name, it’s defined as “a beautiful girl or woman, especially the most beautiful at a particular event or in a particular group.” Who wouldn’t want to be called that, right? LOL. Kidding aside, I used it as my screen name and created a new logo behind it too.

This photo dates back to 2015 when I was first learning how to use masking fluid. I can say that, almost a year later, I write so much better—and I’m eager to improve more in the years to come. Practice makes progress. It’s always about the journey!

I have to be honest: It’s no walk in the park. You need to practice, have a lot of time, and have unlimited patience. If you’re willing to learn, you’ll embrace all the frustrations that come along with it, as I have. Like with any passion!

Welcome to my art nook on my blog, and thanks for visiting! 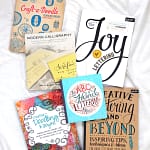 I Review My 4 Calligraphy Books