3 Simple Ways to Restart a Blog

Hey, guys! Fatima here, the blogger behind flowwithfoti 〰️. Nice to e-meet you!

I have a love-hate relationship with blogging. I really enjoy the process: getting struck by an idea, writing the story, fixing it up to make it look good… the works. I’m a writer, so I should’ve started a blog a long time ago, right?

Well, I actually already did, but insecurities stopped me from going all the way. (This is technically my first post on this site—all the previous ones are from a calligraphy blog I created in 2015. I thought it would be a good idea to put everything in one place.) The idea that people might not like my work scares me. So as soon as I’d pen something, I’d scrap it or save it as a draft, only for my eyes to see.

Blogging became huge a few years back, and everyone was doing it that it became that thing you just had to have at least tried once. Some people got hooked, some people thought it just wasn’t for them. I was in between that group for a long, long time. But now I want to give it a try again, this time armed with a simple plan. Here’s something you could give a try as well.

1. Think about a catchy name

The idea behind my blog’s name isn’t too profound. I wanted it to reflect what I was going to write here, and flowwithfoti 〰️ resonated with that idea. Don’t stress yourself about this because as long as you have a free account on WordPress or any blogging site, you can change it. But once you’ve found the one, start building assets around it (logos, banners, etc.) and maybe even consider investing in a domain. Own your little corner on the internet!

2. Get a nice theme while you’re at it

Humans are visual creatures, and we’re automatically attracted to what looks pretty. But like what they say, beauty is in the eye of the beholder. Find what aesthetic speaks to you, and channel that on your blog! This could cost money, but it’s up to you if you want spend some bucks on your website.

Realistic is the key word. There’s no need pressure yourself into thinking that your blog has to be the next Buzzfeed (if you don’t intend it to become a business). Start simple. I wanted to have a digital notebook and talk about topics I care about, which is the real intention behind starting this whole thing. Is there a thought forming in your head already?

Whether you want to run a blog as a hobby, or you have an intention of making it a business, the first step to do is to start. Join me in overcoming that fear! The most important thing is, at the end of the day, you want to answer the question, “Do you like what you’re doing?” with a resounding yes.

Thanks for stopping by! 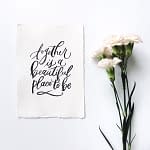 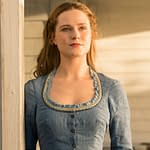