To beat the COVID-19 blues, I decided to write about some of my overseas trips over the past year, beginning with the most recent one (before my teacher training): Taiwan!

Last November 19-23, 2019, I visited Taipei with my work friends Chin, Jrel, Jayzel, and Mocca. It was one of the most fun experiences I’ve had traveling with a group! We booked this flight in March after Jrel casually told me that he wanted to go to Taiwan. I said let’s make it happen—and what do you know, later that afternoon, there was a seat sale.

In our group, I was the only one who had been to Taiwan before, and two of us (Jrel and Mocca) were flying overseas for the first time. I created our itinerary since I had an idea of where to go, but we all agreed to keep it flexible.

We originally wanted to see Taichung on our last day too, but by then, we realized that our feet and wallets were too murdered for this to happen (LOL). We opted to see more of Taipei instead.

Day One: Getting Around + Memorial Hall, Ximending, Raohe Market

In Taipei, mass transit stops working after midnight. Luckily, I knew a driver from my last visit in June 2018, so I was able to arrange for us to be picked up. It’s a 30-minute ride from here to our Airbnb in Wugu District. The area is quiet, and there are no trains nearby.

At around 10:30 AM, we were ready to go—but we found ourselves stuck at the bus stop. Big time. We had so much difficulty figuring out which bus to ride since so many of them passed in our street. Google wasn’t helping, and I didn’t take the bus frequently the last time I visited either. It took us an hour just to board, talking to locals and drivers in between. Welcome to Taiwan, folks!

We finally arrived at Yongkang Street sometime after noon, and we were starving. We had lunch at Kaochi Chinese Restaurant—the most expensive meal we had on this trip—and it was a relief. Despite forecasts of rain the whole week, the weather was cooperating. So, we took our time to explore the area and shops.

No first timer’s trip to Taiwan would be complete without visiting the iconic Chiang Kai-Shek Memorial Hall. It was so windy, and the place was empty enough for tons of pictures to take place. Our laughter was echoing through the plaza as we posed, joked around, and chased each other.

After our photo op, we headed to Ximending. The shopping district overwhelmed us, so we ended up not buying anything. Since it was our first day, we just canvased anything we wanted to buy later on during the trip. And so that’s what we did—plus get some munchies, of course!

Our night ended with a trip to the Raohe Night Market, where we tried tons of street food from one stall to the next. It was a foodie’s heaven, and we lost each other at some point while we were here!

By then, we were exhausted already—and that’s precisely when Google Maps decides to pull a trick on us. We got lost on our way home and walked around Taipei Main Station for another hour, trying to understand what the navigation app was saying to us. LOL. I’ve never felt so technologically challenged!

After our commute mishaps yesterday, we were grateful to have a shuttle bus take us around the different tourist destinations of Taiwan. We had booked tickets months before to a full-day tour from Klook covering the points of interest listed above.

Yehliu is still as beautiful as the first time I went—but now, I get to enjoy it with better weather! The Yin Yang Sea, 13 Layer Remains, and Golden Waterfall were the short stops of our tour, so we took advantage of them by taking the scenery in—and getting more snaps, of course.

The last time I visited Jiufen, it was raining. Unfortunately, it still was this time around, but not as hard. We were still able to go around the shops and buy some keepsakes and gifts for our families and friends back home.

By the time we reached Shifen Waterfall, a lot of us were tired from walking around all day. More than half of our party decided to stay in the bus to take a nap, while Jrel and I used whatever energy we had left to go around and take more photos of the place. The area was huge!

Shifen Old Street would have to be the highlight of this tour. I didn’t light up a lantern the first time I went but thought it would be a nice experience this time around. We chose our lantern’s colors (which all had a meaning), wrote down our wishes, and let it fly.

On our way back to Taipei City, we all fell asleep. Since our drop off point was near Ximending, we decided to have dinner there and went around a little more. We headed home at around 8:00 PM and understandably conked out again in our beds.

After our jam packed first two days, we decided to start late on the third day. We planned on visiting parks and museums, plus a night market to cap it off, so we can munch to our hearts’ content again.

The Huashan 1914 Creative Park is a must-visit if you like hipster and DIY art stores. There’s so much I wish I could’ve bought here, but they also come with a high price tag.

We unexpectedly spent the bulk of our afternoon in the Taipei Fine Arts Museum. Entry is free of charge, and we took tons of photos inside… and when I say tons, I mean it!

Some of our best memories of the trip happened here, as each one of us took turns being a photographer and model in front of one of the art installations. Yeah, we know, it’s so millennial. (Fun fact: One of us is a Gen Zer!) But hey, we had a lot of fun, and that’s what mattered. 🙂

Closing time for the museum came and we were starting to feel hungry, so we took a trip to the Shilin Night Market via the Taipei Double-decker Sightseeing Night Bus. This is a freebie from our Maokong Gondola ticket, and we didn’t really understand what was happening during the tour. LOL. The pre-recorded tour spiels didn’t quite match where the bus was going. At least it was free, and we got to rest!

Besides grabbing some grub at the night market, we ended up shopping here for shirts, bags, caps, and more. At one point during the night, we decided to go visit a McDonald’s outlet at Jrel’s request. Chin was supposed to meet up with someone here too, so we all went along for the late night adventure.

I’ve been traveling enough by now to know that things don’t always work out as planned. By the time we reached the fast-food chain, it was about to close—and Chin’s meetup failed to push through. We don’t know where the time went, but it was suddenly almost midnight—and we were too far from any nearby station to get back home without a car.

Thankfully (and disturbingly), my Uber app still worked, credit card connected and all, despite it being uninstalled for a couple of years. We quickly booked ourselves a ride and got home by 1:00 AM. What a day!

This is our last full day in Taiwan, and we freestyled it after deciding not to push through with Taichung. Mocca opted to stay in at our Airbnb, while the four of us went about our day and saw more of Taiwan at a leisurely pace.

We took our time to see a little bit more of Wugu District and had breakfast at a nearby 7 Eleven. Although this is the first time I’m mentioning it, convenience store food in Taiwan is yummy—and saved our hungry tummies most of the time during the trip.

We rode the Maokong Gondola and sang along to some music karaoke-style on our way to the top of the mountain village. We had milk tea ice cream and lunch in another convenience store there. Once we were satisfied, we headed down for another 30-minute ride and enjoyed the cityscape of rainy Taipei.

After that, we made our way to the 300-year-old Longshan Temple—it was my first time here. There were a lot of people lighting up their incense sticks and singing along to prayer. After some research, I found out that Longshan Temple celebrates not just one, but three faiths: Taoist, Buddhist, and Confucian. Pretty cool.

We collectively decided we wouldn’t see the peak of Taipei 101 (I had been there before), but we would still visit the area. Our last day is the perfect time for that!

We split up once we reached the Taipei 101 complex, as I wanted to eat at Ichiran and my friends weren’t too fond of ramen. From their Instagram Stories though, it looked like they had mouthwatering meals as well. I’m just glad I got my noodle fix!

I also grabbed some crepe-to-go and reveled in about an hour of alone time. Taipei was such a busy but beautiful city.

For our last stop of the day, we decided to visit a Christmas Village in a nearby station. It was a month before the holidays at this point, and we decided to see the lights and visit the seasonal attraction while it was there.

At around 10:00 PM, we all decided it was time to head back for the Airbnb. Our Taiwan adventure was coming to an end, and we were tired but so fulfilled.

Our fifth day was just us pretty much getting ready to go back home. We got picked up again by a driver, so it was thankfully hassle-free. It was a good four days well spent in this beautiful city, and it’s just two hours away from Manila!

Even though this was my second time in Taiwan, I still thoroughly enjoyed it because of the company. The five of us definitely bonded and went through unforgettable adventures here, and I’m looking forward to more of that when the travel bans get lifted—locally or internationally. 🙂

P.S. Thank you Jayzel for giving me permission to use your pictures! All the HD ones came from her, with some NOMO and iPhone pics thrown in from me. <3

Check below for more pictures. Watch full recap on my Instagram Stories. 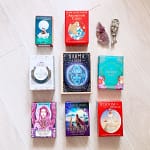 8 Best Tarot and Oracle Decks You Need in Your Life 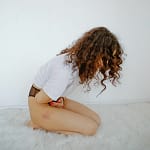 Power of Now Oasis 200H YTT in Bali: A Review

My Power of Now Oasis Yoga Teacher Training in Bali