When I started doing yoga, I didn’t know that I was also going to be doing some internal work. Like most people, I thought yoga was just an exercise. So, imagine my surprise when I started discovering little gems about spirituality here and there before, during, or after class.

About a month into my yoga journey, my teacher whipped out a box, which she announced had cards in them. It read “Osho Zen Tarot” in the front, and she asked us to open our minds and pick a card. She did a little demo with a crystal pendulum she had, asked us to try it, and told us not to think about it too much.

I was curious, so I participated. I don’t remember the card I pulled then, but I do know it resonated, and the whole “ceremony” just made my spirit sing. I couldn’t quite explain it.

At the time, I was a bit hesitant to buy a deck. I’d just help myself with the ones in the yoga studio; we frequently pulled cards after class. Instead, I focused my fascination on the crystal pendulum we used on that first reading. It was so pretty!

Shortly after, I went on a crystal-collecting frenzy. I ordered and customized a chakra bracelet for balance from PineShanty on Etsy. Throughout the years, I’ve bought tons of precious stones from different local shops, like The Mala Tree, Made by KCA, 5D Healing Crystals, and many more. Some of my favorite crystals and what they’re for are:

When people find out I have a crystal collection, they immediately get drawn to it because it’s pretty. But when I start to explain that they mean something, their faces either grow curious or get blank. “Crystals? Like the Chinese thing for luck?”

The way I see it, crystals are visual and tangible totems of the healing properties they’re said to possess. I don’t entirely let the stones be responsible for my well-being, nor do I think that my problems will magically disappear once I own one. Instead, they help me center myself and be more present and conscious of my thoughts and actions.

I’m a firm believer that our minds shape our reality. So if you get a crystal representing something you lack or something that you need the most, and you see it often, you can program your mind into attracting it in your life.

Let’s say I have trouble sleeping at night. Having an amethyst cluster by my bedside table will be comforting to have since I know it helps with insomnia. Seeing this every night before I go to bed will automatically calm myself, and it’s a signal to my brain that I’ll be alright. It’s time to sleep. In this situation, it works kind of like a blankie.

I like using these stones to be at one with the positive energy of the earth and nature. Crystals possess some of the earth’s wisdom since most of them developed millions of years ago. They also formed under intense pressure—a friendly reminder that there’s beauty after the chaos.

In 2018, I finally dared to buy my first deck: Sun and Moon Tarot by Vanessa Decort. The day I got these cards, I didn’t know I would be going to a shop that had decks for sale. So, when I felt one call out to me, I thought it was time. I based it off of what felt good in my hands and didn’t think about it too much.

I went into in-depth research and self-study with my cards, looking at each picture carefully and writing down what they meant in a notebook. I had fun geeking out with them, practicing different spreads, and interpreting the meaning of whatever I pulled.

With owning decks, I quickly found out that the saying “once you start, you can’t stop” applies. After a few weeks, I went ahead and got an Oracle deck called The Spirit Messages by John Holland. I came across the deck in a sound bath meditation class and was immediately drawn to them. When I asked the teacher where she got it, she told me to check out Fully Booked. (I’ve gotten most of my decks here since!)

To date, I’ve owned ten decks—three Tarot and seven Oracle. I gave away one Tarot and one Oracle deck since I received two decks as gifts at some point in the past two years. I just wanted to keep the cycle going, the good energy of giving and receiving.

Most people view Tarot cards as tools that can predict your future, or that the people who own decks are fortune tellers. Hate to break it to you, but I don’t believe this at all!

I always tell my friends that Tarot and Oracle cards either reflect or counterbalance the energy and mindset you currently have. If you feel good about a situation, the cards will most likely turn up positive. If you’re too cocky, the cards can give you a reality check. If you feel sad, the cards can show that and give you reassurance. You get the idea.

Most importantly, the messages you read are not set in stone. If the cards say you’re going to have difficulties, you can still change that. Maybe it takes shifting your perspective or tackling the situation in a different way. If the cards are saying pretty awesome things, you shouldn’t be overconfident either. You still have to put in the work needed to manifest your goals. The bottom line: If you like what you see, continue working hard on your path; if you don’t, you can do something about it.

The cards are a great way to help you meditate or make sense of what’s going on with your life. Sometimes, you just need that validation, guidance, or nudge in the right direction. It brings a quiet comfort that you’re on the right track and that the Higher Power (whoever this may be for you) sees you.

I still have plans to grow my collection, and I’m excited to share them here one by one soon!

Ever since I was a little, I’ve had an affinity with the sky. I love spotting rainbows in the morning, catching the sunset paint the heavens in the afternoon, and observing stars and the moon at night. It reminds me of how much is out there and how little we are in the grand scheme of things; I never once believed that we are the only living beings in our vast Universe.

Whenever I feel down, looking up the sky has just made me feel better. I’ve been on a stargazing camp, own books on the map of the Universe, and love any space-themed movie.

Beyond the scientific stuff, the sun and the moon are also a personal symbol of yin and yang. “The dark cannot exist without light.” This mantra of balance speaks so much to me that I tattooed the sun and moon at the base of my nape. It also happens to be my website’s logo. 🙂

When I found out a few years ago that certain celestial events like the full moon and new moon had energetic and powerful symbolism, it felt like embracing something I already knew was right. For so long, I felt like the sky spoke to me, so to learn that I could fit it into the puzzle that is my spirituality, I felt aligned.

Paying attention to the astrological calendar is a neat way to sync with the Universe and program your mind to get into the habit of mindfulness. Is there anything new you want to bring into your life? Is there something you want to let go of? Here are some notable events and what they mean:

I like to think of these cosmic events as opportunities to reevaluate yourself and your life. Are you living the life you want? How are you bringing them to reality? What do you need to change?

We’re often so caught up in our problems, that pausing to reflect becomes a rare opportunity. That’s why I like paying attention to how the stars and planets move. The design of our nature is not an accident—there’s no harm in using it as a tool to better ourselves.

Using crystals, cards, and the cosmos to enhance my spiritual connection has been an eye-opening and meditative journey. I’ve been more in touch with myself in ways I didn’t think was possible. Yoga has largely helped me with this, and I’m still brimming with gratitude that I found this practice.

My concept of spirituality has grown so much in the past four years, and I’m happy with where I’m at. I don’t think that my way is the only way, but I do stand by the things I’ve said in this post.

As I continue to explore my spirituality and write things I’m passionate about, I’ll be sharing the crystals and decks that I own, as well as the knowledge I’ve picked up along the way.

My goal here is to share what I love, so if you feel like you picked up something new here, then I’m happy to have inspired you to embark on your spiritual journey! I’m excited to expand my knowledge base and dive deeper into philosophy and other spiritual tools that can help me get in touch with how I live my life. 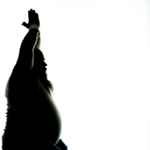 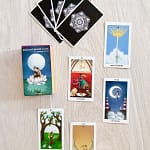 6 Practical Ways to Awaken and Sharpen Your Intuition