Five years ago, I created The Letter Belle—an Instagram page I did for fun to share my progress in calligraphy. Little did I know that a couple of years later, I’d start doing commissions and heading public workshops for big names like The SM Store and the Department of Foreign Affairs.

I was younger then, and the stress of suddenly taking on my hobby into a part-time business got to me. I experienced burnout from what I once loved to do and went MIA on social media. Besides the occasional photo, I haven’t been actively posting since 2019.

I still do calligraphy every now and then on my own—just without posting it. It’s a very meditative and mindful practice, which can be stress-relieving to some. With the resurrection of my holistic wellness blog, I’ve decided to once again share my knowledge through this neat calligraphy guide.

Here are some calligraphy FAQs from people on the internet and my answers to each based on my experience as a long-time calligrapher:

Let’s start with the basics. According to Google dictionary, calligraphy is decorative handwriting or handwritten lettering. It’s the art of deliberately writing letters stylistically through creative strokes.

Note: It’s not the same as typography (fonts and typefaces) or lettering (drawing letters).

What is a calligraphy pen?

“Calligraphy pens” are what people usually refer to pen holders you stick a nib into. Nibs are the pointy end of the pen that deposits ink. There are two kinds of pen holders: straight and oblique. The calligraphy style done using these pens is called pointed pen calligraphy.

Oblique holders position the nib in an angle when you write, while straight holders don’t.

Why are calligraphy pens offset?

This is probably referring to the oblique holders. Oblique pens have an angle to help the calligrapher write their letters in a slant, similar to what traditional Copperplate looks like. Some, like me, prefer it because it simply gives me better results in my writing!

What calligraphy pen should I buy?

There’s no wrong answer here: You can go ahead and get either one or both if you wish. It’s impossible to tell which one you’ll prefer more, as I’ve seen people choose whatever they’re more comfortable with through my workshops.

Best to try out both—whether that means buying both or borrowing from friends you know who have them.

Are calligraphy pens the same as fountain pens?

Not quite. A fountain pen’s nibs don’t flex or bend, so you can’t create those coveted thick and thin lines associated with calligraphy. Fountain pens are usually monoline, like a ballpen. You can also refill these with fountain pen ink.

Are calligraphy pens the same as brush pens?

Nope. Brush pens have two kinds: markers with a bendy tip, or a pre-loaded water brush with ink. These can still help you create calligraphy, but it’s a style referred to as brush calligraphy (and not pointed pen).

Can calligraphy improve my handwriting?

This is a tricky question. There’s no real guarantee that calligraphy can improve your handwriting since they’re not interrelated—thought it might seem like they are. I say this so that you don’t develop false hope!

Calligraphy forces you to sketch out your layout/design and be slow and deliberate with your strokes. However, in everyday writing, you might not be able to do that! Rushing can be the number one culprit of poor penmanship. However, if you become more mindful of your handwriting, adjust your pen grip, choose a nice pen, and practice every day with a penmanship book, then it will improve.

Can calligraphy be learned?

Of course! No matter the skill level, too! I’ve taught complete beginners who have said they don’t have an ounce of creativity in their bones—and I feel you, I thought the same way once. But calligraphy, just like any skill, can be learned through patience and the work you put into it. 🙂 I wrote out a simple beginner’s guide here to help you get started.

Which calligraphy paper should I use?

Great question. Paper is not all made the same way, and there are many factors you should consider before buying one for your practice. If you’re doing pointed pen calligraphy, you need to make sure your ink isn’t too watery for your paper, and that it’s smooth enough for your nib not to snag. Then naturally, watercolor calligraphy would require watercolor paper at least 100 GSM. If you need more details, I wrote some of my favorite calligraphy paper brands in a separate post.

Where do I buy calligraphy materials in the Philippines?

Back in 2015, there were only a few stores selling high-quality materials. Thankfully, that’s not the case anymore! Here are several shops you can inquire with about specific calligraphy and watercolor products:

Calligraphy has been and continues to be a huge part of my life. I’m grateful I stumbled upon it when I did, as it has helped me find creativity and courage when I needed it the most.

Do you still have questions I might not have answered in this calligraphy guide? I’m all ears! You can drop them in the comments section below (or use the contact form), and I’ll do my best to help you out. Happy writing! 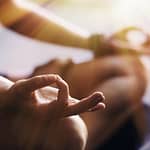 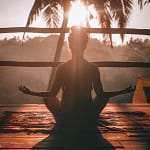 Here’s How To Use Masking Fluid In Your Brush Lettering